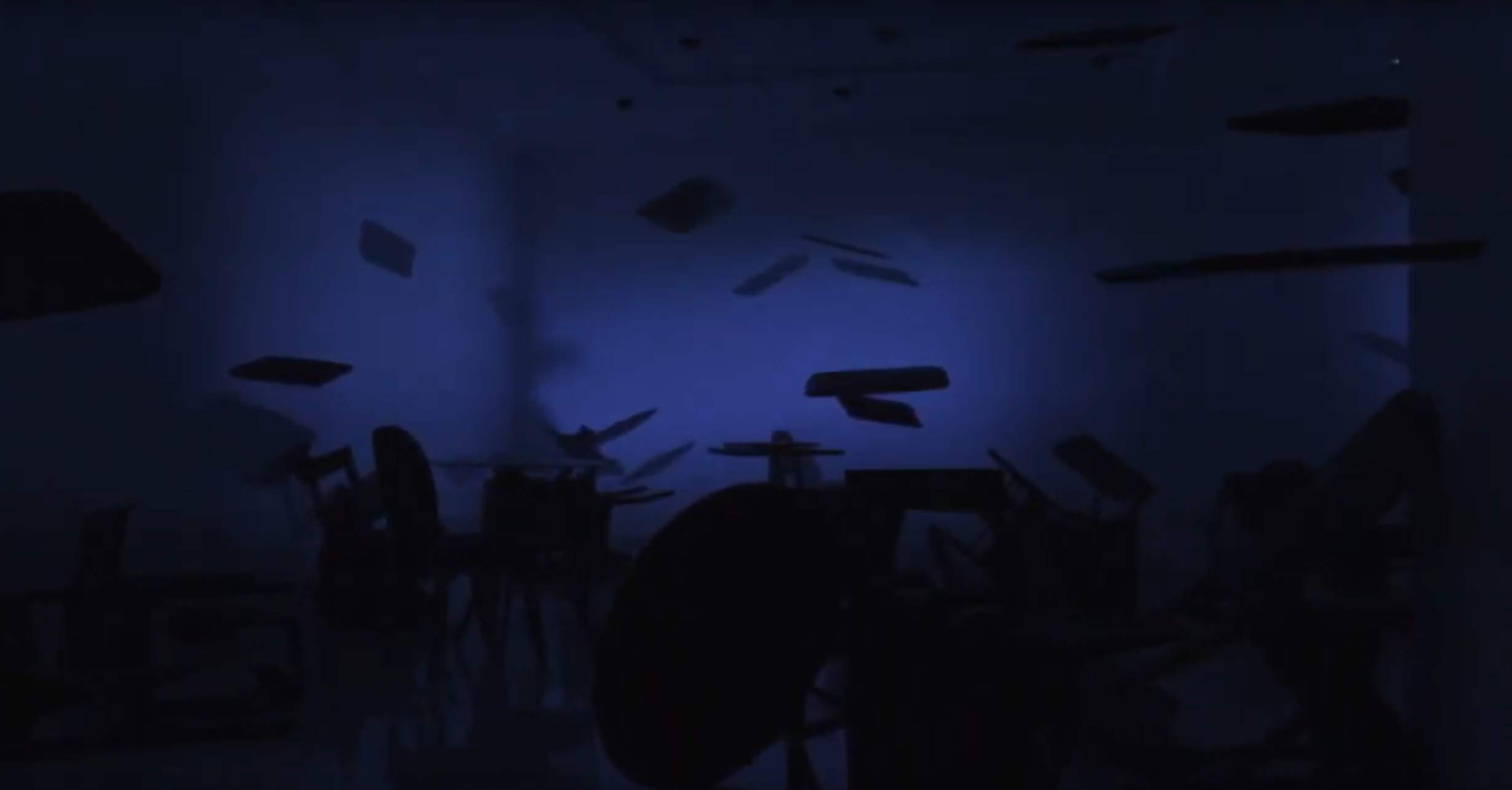 Time Got Kicked Around

Tuesday – Friday 12 – 8 pm & Saturday 12 – 4 pm
Athinas 12, 2nd floor, Monastiraki, Athens
Kappatos Athens Art Residency is pleased to invite you to the opening of the second cycle of the residency programme for Art Professionals in Athens under the auspices of the Ministry of Culture and Sports, supported by a European fund (NSRF: National Strategic Reference Framework 2007 – 2013) and the first solo exhibition of the Irish artist Tim Shaw R.A entitled “Time Got Kicked Around”, curated by Dr. Sozita Goudouna.
The new series of artworks produced by the Royal Academician during the course of his stay at Kappatos Athens Art Residency and presented from 20 November until 20 December, are based on the belief that the regulatory principle governing the whole of reality is not order and consistency, but constant change and rupture.

Mother the Air is blue The Air is Dangerous 3

Tim Shaw, born in Belfast in 1964, is one of the most acclaimed artists of his generation lauded for his politically charged sculptures and installations that dare to mix epic narratives, confrontational subject matter and lo-fi punk aesthetics amplified on a monumental scale. Uncompromisingly unafraid to directly discuss such issues as the Iraq war brutalities. Tim Shaw’s new installation at Art Professionals-in-Athens Residency entitled ” Mother, The Air is Blue, the Air is Dangerous” is a composition of “readymade” objects that encapsulates his troubled childhood growing up during the IRA bombings of the early 70s, as well as his engagement with politics, both topical and historical. Tim Shaw’s personal experience becomes the means of exploring the fragile conditions of our existence in everyday life and the overthrow of order and regularity.
The installation narrates the experience of the artist in the early 70’s; when he was with his mother in a restaurant and a bomb exploded in the basement of the building, following the explosion of three bombs in the wider region. The bombing caused a deafening bang that was an overwhelming and haunting experience for the artist. As described by Shaw ‘everything vibrated and people ran like panicked animals, just after the third bomb, the air that was formed seemed to turn petrol blue and to expand like a very large balloon ready to burst. Time seemed to be suspended and with it, dinner trays floated slowly through the air. People appeared to dissolve into moving grey shadows.’
Shaw’s installation is dominated by shadows that, unlike the shadows in the allegory of the Cave in Plato’s Republic, do not represent unreal forms or deceptive shadows of reality. Shaw’s shadows do not refer to a world of illusions and virtual reality, on the contrary they represent real people who lived the events of a merciless war.
The artist can’t forget the impact of his memories and senses. The historical event of “Bloody Friday,” (19/7/72), namely, the day IRA detonated twenty bombs at a lateral of five kilometers at the city center of Belfast, killing nine people and injuring one hundred and thirty more, is recollected by the artist as an opportunity to explore the fragility of the conditions of human existence.

Shaw’s anti-war approach does not divide the two sides (nationalist and protestant communities) during the “Troubles” (the period of conflict in Northern Ireland), and although he is aware of origin of the conflicts, he is treating both sides (nationalist and protestant communities) as the victims of an exogenous division. The exhibition ‘Time Got Kicked Around’ resists general interpretations by focusing on the importance of individual experience and perception during a social condition whether it relates to war or to the economic crisis.